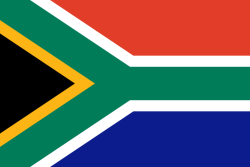 Our company won a trip to Cape Town – South Africa and I was allowed to be the one to go, I couldn’t say no to an opportunity like that. I came home last Thursday and I have my brain so full of impressions that I have problems finding out where to start.

We had a full packed program and we did great stuff each day, guided by an incredibly nice fellow Zaid. Zaid has a great knowledge of deapth and could elaborate any question we had and had lots of good stuff to tell.

I am not sure what I expected to see when I arrived in South Africa but I sure was overwhelmed by beautiful sceneries and well kept parks. Everything seemed so structured and neatly done, even along small district roads – kilometres of lovely small stone walls were set up along far south roads. (towards Cape Good Hope for instance) People in Cape Town is very friendly, though you shouldn’t walk alone – as in most countries.

When we visited the Township Khayelitsha though, we were told that we were safer there than in the city. (I posted an image of the shack-town Khayelitsha) It figures, in Khayelitsha they have set up a few sale spots were they sell off stuff that people there make. And they welcome tourists with open arms to let us see how their life is. In Khayelitsha there are about 1.2 million inhabitants.

At first I felt horrible watching how they live, but after hearing about the ongoing project I too got optimistic. There are rules in a Township ; if someone moves out of a shack, it is to be removed immediately, no one is allowed to move in. This is an ongoing process, and when its room, a house is being built, with water and power. The family moving in get to own the house after they live in it for seven years. After that they can sell it or continue to live there. This way all shacks are going to be gone, they say within 2014 but seeing all the shacks make me doubt – but I hope.

South Africa has a grim past, I could write a whole blog on that topic, you should read about it here at Wiki, after what have happened in South Africa the country has recovered in an incredible way. Has it recovered too fast? Many is optimists about the future of the country and I think it is on its right path. I hope the distance between poor and rich doesn’t grow larger though – I really look forward to follow this lovely country. I fell in love with it the instant I got out of the plane. The people there has a beautiful spirit within that I think will help them further.

We visited Cape Good Hope, a significant cape to sailors as it is a major milestone for the clipper route to far East and Australia. Its also the legendary home of the Flying Dutchman. It has beautiful landscapes, it was home to the Khoikhoi (Hottentot) people since about 150 AC. They were visited by Chinese, Arabian, and Indian travellers, then later the Europeans. On the way we stopped to say hello to lovely penguins near Simon’s Town. Simon’s Town is where South Africa’s main naval base is btw.

One can’t visit Cape Town without going up to Table Mountain, we had to give it 2 tries though since it got too windy the first day. Be sure to go in the morning before the evening wind picks up. 🙂 The view up there took my breath away – I could spend a whole day up there, its worth daring to take the cableway up.

We also went to Boschendal, Cape South, Chapman’s Peak, Stellenbosch and some other places I am trying to find out where it was. 🙂 I hope you enjoyed my photos, it was fun that my cellphone could take souch images. Feel free to download them and use them. I wish I soon can visit again, it is a paradise.