Newspapers are filled with tragic news this week, I needed a break from it and filtered them out on a few sites. These ones appeared :

The drunk swede
This morning the police had to come get a drunk swede from the train at Voss station. Last night he went to sleep after a long day. He probably did what he always did, stripped his clothes off and went to bed. He should check his ‘bed’ better though. The passengers around him in the seat section kind of felt unconfortable with a naked man lying on the floor. 🙂

“The jump”
A 78 year old man was unfortunate to drive off a ramp in a parking house. Locals say it just had to happened some day. People are probably going to blame his age but if you look at the photo, it could happend the best. I mean, its weird that it didn’t happend before. Locals are calling it “the jump”. 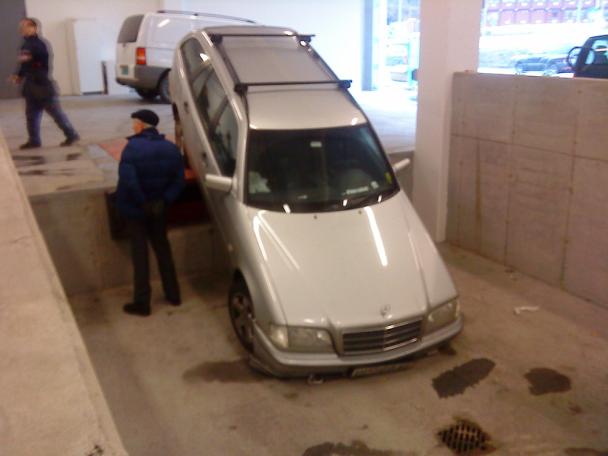 Wet debate technique
Romania’s staid election campaign has been shaken after a former bodybuilder turned senator hurled a glass of water at a female rival during a heated TV debate yesterday.