Lidl pushed out of Norway 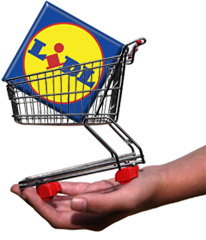 On March 14th we received news that Lidl is leaving Norway after a rough experience in a strange market. What really happened? We know from reports that after 2 years in Norway Lidl already struggled to gain enough marketshare to earn money. From day 1 they have been hated by many and loved by few.

Rema 1000 buys all 50 Lidl locations and have promised to take good care of the employees and location, is this what we wanted?

We read that Lidl’s employees were given slave-saleries, poor workconditions and were surveilenced by the company but is all we read the truth?

Owners of the large Rema 1000 and Norgesgruppen have monopoly in Norway and they are billionares, is it naive to think that they are innocent of pushing Lidl out of Norway?

When Lidl arrived in Norway 4 years ago peoplegroups were treathening Lidl with violence if they builded in certain locations, were these groups sponsored by Rema 1000 and Norgesgruppen?

The Norwegian Competition Authority is looking into the deal these days and most likely they will approve the deal between Lidl and Rema 1000, maybe inflicted by the latest news about illigal survailance of employees and customers.

Its strange that norwegians want them out, in my opinion all competition is for the customers best.