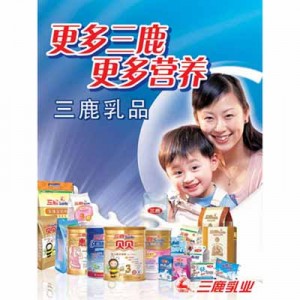 I think we need to have Argus’ eyes on products made in China. Right now over 13000 babys are in danger of loosing their life because of melamine tainted milk powder. Over 6500 infants have developed kidney stone. Melamine were added illegally to make protein content of milk appear higher than it actually is. 4 infants is dead but we’ve only seen the litle top of the ice berg. Remember the same happening in 2004? They never learn.

Melamine have also been detected in ordinary milk as well now.

Melamine was linked to deaths and illness of thousands of cats and dogs in the US last year after it was added to pet food components exported from China.

This is not the first scandal in China, were products were tampered with to make more money.

A firm in Jiangsu Province and another in Shandong Province together exported more than 1,300 tons of contaminated wheat protein to the US.

A chemical called TD-glycerin, which should be used only for industrial purposes, found its way into a cough syrup.

Tyres – fault may cause blow-outs

The list goes on an on. Most stories doesn’t leave China, but these got through. We all are importing goods from China, because its cheap. When will we have to stop the madness by boycotting China, who has the nerve? Noone if you ask me.