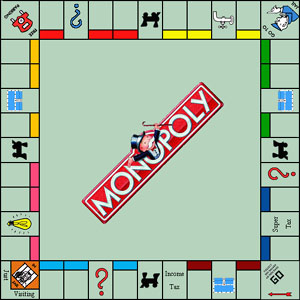 Sometimes I find our activities on this planet so weird that I wonder if someone is playing jokes on us. We’re together stuck on this lovely planet and we have the potensial to make everyone’s life a dream – but we make a mess, create tragedies, cause disasters and in a way shorten our borrowed time on this planet. Don’t misunderstand me though, I’m not fed up with life, because I still have hopes for us – but I think we need to get a grip.

Take this week for instance. It started with the bankruptcy of the Lehman Brothers, stockmarkets around the world still shiver from the news and the wave effect might cause bankruptcies of banks in other countries. This again leads to unstable stockmarkets around the world as well, only because a stupid company in the US, a company who plays with money as they would be monopoly money, only bigger amounts, and real money.

When all comes to all, the leadership of Lehman Brothers might cause bankruptcy for innocent people on the other side of the planet, because banks panic and especially those who had loans to LB. Banks increases interest to cover their loss and who pay for that? The litle people having loans on their estates. I’m not an economist but I think I get the picture, why doesn’t the economists do?

If I were a dictator of the world I would freeze all stock markets in the world and reopened them when the US has control over their own economy. And when will that be?

Oh well, money isn’t all. And hey – when we all have lost our properties we can all live in the mountains preparing food over open fire! Wouldn’t that be cute? We wouldn’t need cars up there either, what would the oilcompanies do then? Move up to the mountains and accompany us? If I still were a dictator I’d welcome them, but only if they did the dishes and kept our fires alive.

Why is the global economy so fragile? Do they know up there what they are doing? 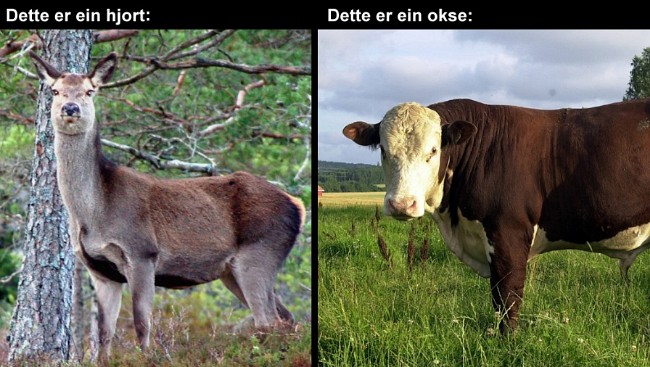 The newsweek got weirder, on tuesday a proud hunter in Tysnes shot two cows. It was a foggy day he says, he thought they were deers. Ok, it wasn’t cows, it was a heifer and an ox, but I can’t see the difference. I mean I can see the difference between a deer and a cow but.. this hunter couldn’t. Maybe he got confused because they were eating grass inside a fenced area?

I think I understand now why people prohibit their kids from walking outside during the hunting-season.

Luckily all news are not sad news, how about the three buddies who bought what they thought were a 274 kilo glittering treasure-stone in Kyrgyzstan? But when they sliced a piece off it and delivered it for analysis they got police knocking on their door. Why? Because the 274 kilo stone were depleted uranium. At least they appear to be in good health. Its true what they say, if you have the money you can buy what you want. And often get what you didn’t want. Kind of a sad story but I think it was a good thing that this was discovered. Thinking about what depleted uranium does to living beings gives me nightmares. And they are using that in wars as weapons.

I am so glad the week isn’t over yet, comon hit me with more insane news good old planet!

Oh it did. In Norway they are changing all religion schoolbooks now. We are now not allowed to say “… before or after christ”, we have to say “.. before or after the common era”.