I couldn’t believe my eyes when I read this and I felt the urge to share it. Yesterday this male sheep (Ram?) tried to get over a fence by climbing a support cable near a phone/power pole. Somehow he managed to get his horn stuck on the main cable and slid onto it. Suddenly he was hanging 6-7 meters above the ground.

The poor guy had no chance to get down, but luckily a group of German tourists noticed him and started a rescue operation. After a while with a lot of work they managed to fasten a rope to one of his horns and pulled him down via a cable. 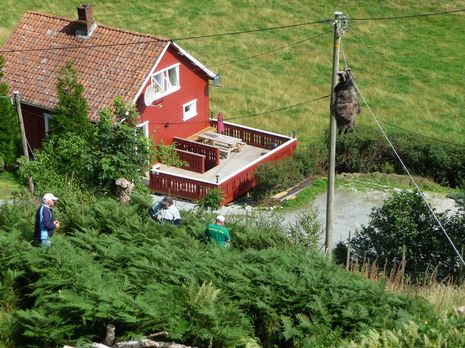 On the other side of the fence there were a group of sheeps, no wonder he was so desperate getting over. 🙂

It reminded me of this : 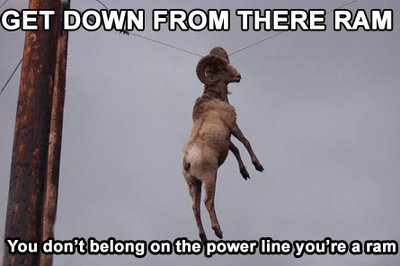 Edit : They added later that the owner wasn’t home yesterday when this happened.

Link to the article in Norwegian : Stavanger Aftenblad

Link to the story (in Norwegian): VG: Ram stuck in tv-cable 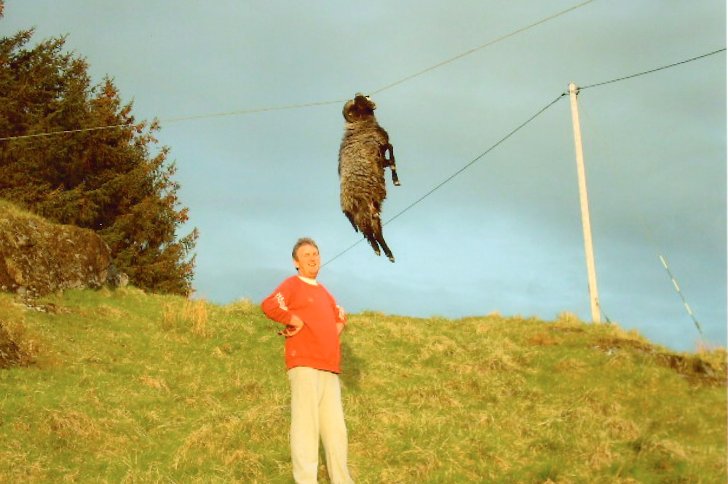 Links to other unlucky animals : The moose who got stuch 50 feet in the air!