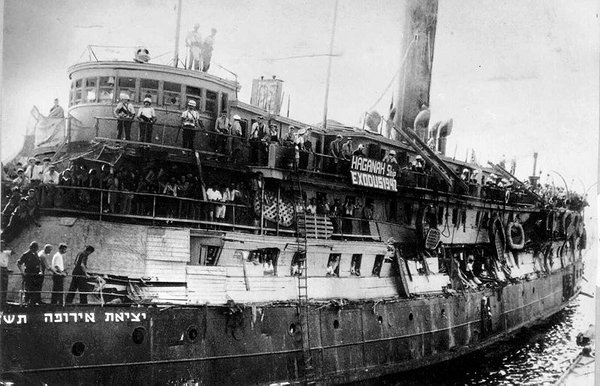 My knowledge of the Middle East conflict is too thin to have an opinion of whos right and not, I am just sad watching it year by year and how people are capable of ruining others life.

They say it is important to know your history so tragic events won’t happen again, but I don’t believe in that. We manage to do it anyways.

In 1947 a ship with holocaust survivors tried to break the British Palestine blockade, it were borded by British soldiers and 3 got killed. In 1973 BBC created a documentary of the incident, here it is: