Evil can kill a human being, but never defeat a nation

Our prime minister Jens Stoltenberg tonight: Evil can kill a human being, but never defeat a nation.

Hundreds of thousands came out tonight to set Stoltenbergs word into action and show support to the victims of the horrible 22. July massacre, its incredible. See the photos here (NRK’s), click on the images for the different locations.

“Right now I will range Norway as the biggest country in the world, I have never seen anything like this”. -President, Barack Obama 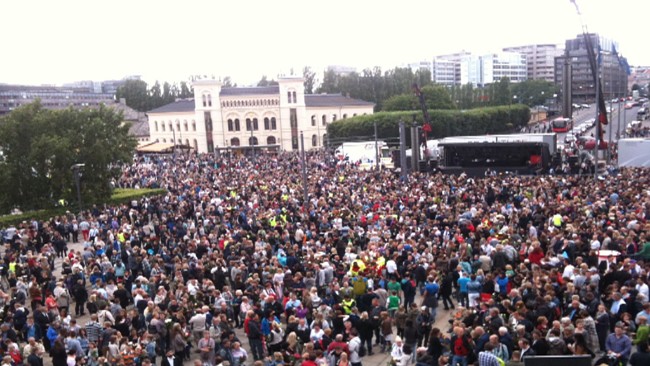 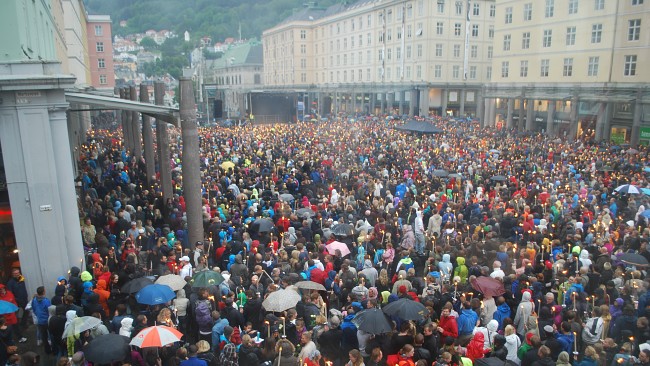 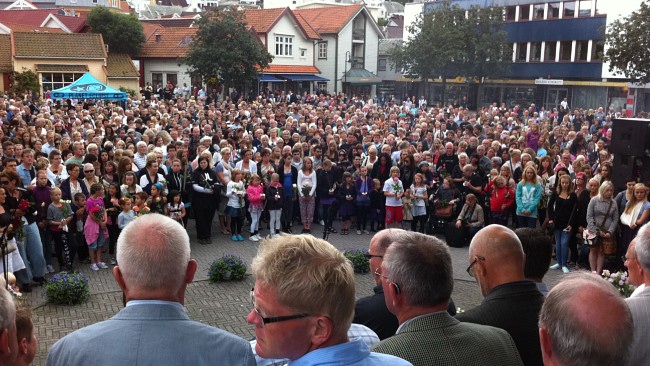 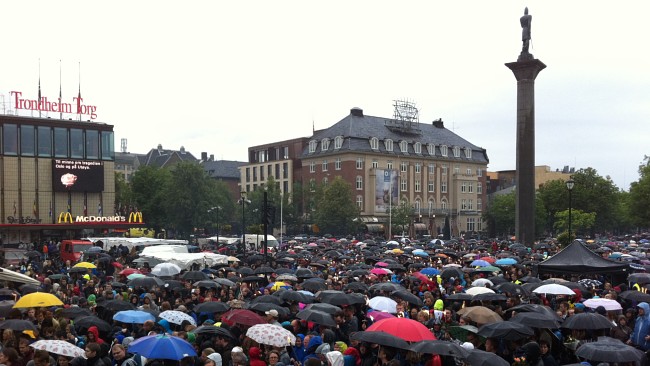 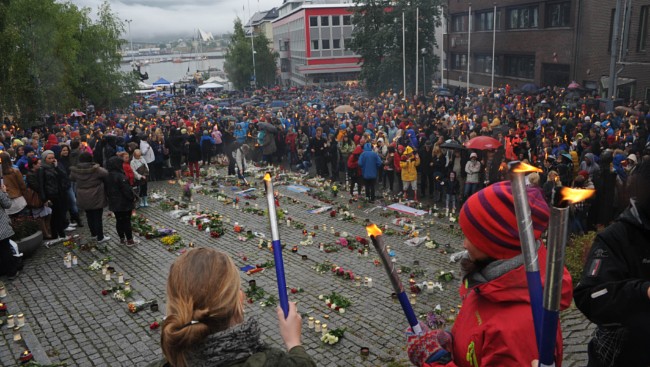 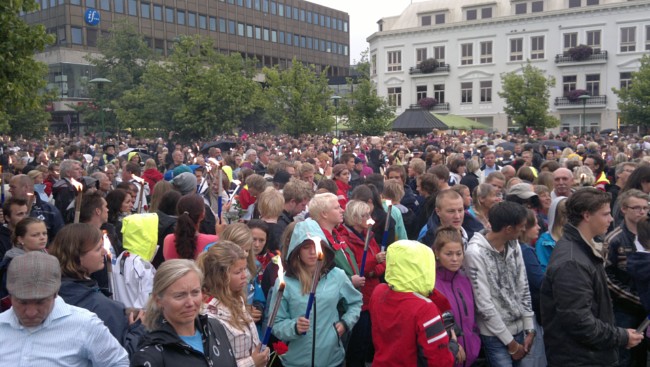 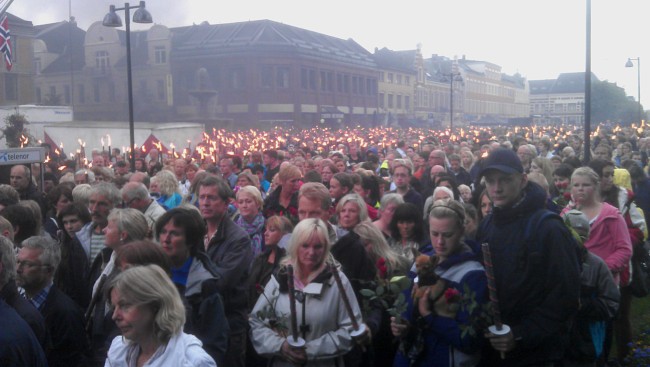 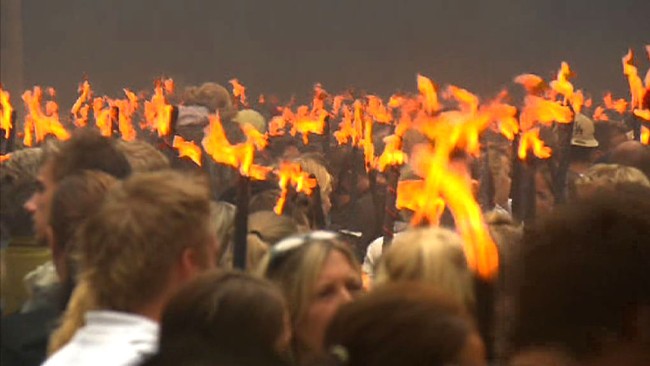