System against fast-lane-switchers – part 1 of 300 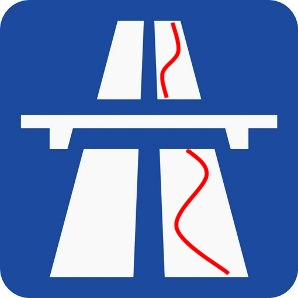 This is part 1 of 300. Every day when I drive to work I notice some irritating situations while driving. Theres a span where there are lots of waiting every day. I noticed that before a tunnel people change to the right lane because it moves quicker.

The reason for the left lane is slower is because people change to the left lane after the tunnel, that is why the right lane is quicker. See? It is a bit difficult to explain. But it is the people who constantly changes lanes who makes it tempting to change lanes. The funny thing is that you take notice of someone doing it and you will meet them again further ahead because all in all they didn’t gain a thing – except making traffic slower.

I have a solution for this of course, because I think we need to introduce more fancy technology into traffic. How about laying threads of metal in the middle of the road in the problem-areas. Implement a sensor in the existing Autopass-chip (which we use to pay automatically at the toll-ring) which counts the number of times you switch the lane in the problem-span. When time comes and you enter the toll-reader the system counts how many times you’ve crossed and then either give you 0 discount or a discount for behaving.

Doesn’t this sound like a good solution? Have something similar been done?

I really want to take the bus instead, but they are in the same traffic as the cars.