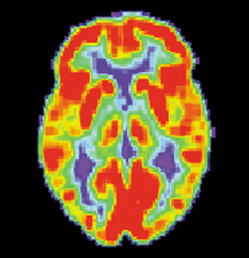 We see it everyday whether we want it or not ; commercials, health and other warnings on products around us. Marketing is probably one of the areas that are most researched and where unbeliavable amounts of money go, everyone wants to sell most and get most of the global cake. We all have a certain understanding of how things work but there is a lot more to it. In US alone over 600 billion dollars are being used yearly on marketing, that is over $2000 per person.

Did you know that the tobacco industry speculate on the warning-labels on cigarette and tobacco-packs? The warning labels trigger something in a smoker’s brain and what people thought would help people quit smoking does the opposite! That kind of explains why the tobacco-industry don’t mind at all putting the warning-labels on their products. Though it seem to have a wanted effect ; it helps non-smokers decide not to start smoking.

In 2005 Martin Lindstrøm launched a project called Buyology which lasted 3 years. During this time they used the latest technology to reveal consumer behaviour by scanning brains on 2000 individuals. Lead by Lindstrøm and a panel of scientists based in Oxford several companies are part of the project, Coca Cola, American Express, Samsung, Apple, Nike, Sony, Ford, Louis Vuitton and several others. According to the outcome of the project most of the 600 billion dollars spent on marketing is a waste of money and out of track.

With neuromarketing they will test what will work and not before launching the advertising, marketing experts say that this project supplies businesses with a deeper understanding of the largely unconscious forces that shape consumer reactions.

Lindstrøm’s book were released yesterday and on his site where he presents the chapters. There he mention James Vicary’s experiment were an image of a coca-cola and popcorn were displayed in 1/3000th of a second on a cinema and people rushed to buy. Isn’t that claimed to be a fabricated story?

That makes me wonder if Lindstrøm is in the same class as Vicary but it confuses me that so many large companies and scientists take part of this project, whats up with this? Will we see a change in advertising after this study becomes aknowledged within marketing? Is it going to help them to hide advertising more? I mean, if I look at a commercial without knowing it is one – will it become more powerful?