In the Champion League semi final between Chelsea and Barcelona Øvrebø a Norwegian referee made a few mistakes which lead to chaos and turbulent aftermath – Chelsea lost and their supporters mean Øvrebø is the reason.

As usual a lot of testosteron is released in football both from supporters and players. Supporters threathened to kill Øvrebø and players tried to attack the poor referee – a typical incident in football if you ask me. But now people in UK gather to punish Ryback, the Norwegian participant in the Eurovision Song Contest to revenge Øvrebø’s actions. How weird is that?

ANGRY footie fans have vowed to get their own back on ref Tom Henning Ovrebo by stopping Norway winning Eurovision.

Rybak has nothing to do with football so why punish him? Or why punish Norway as whole?

I guess its not wise to mess with football supporters, or players… 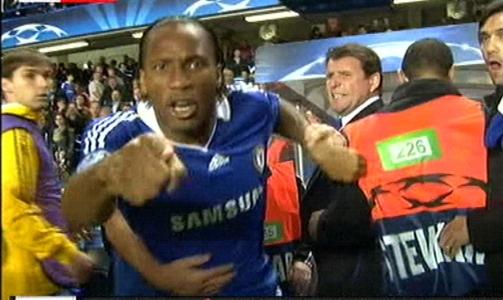 Link to an article on Daily Star.
Link to a DB article. (Norwegian)
Link to TV2 (norwegian)