Before every Christmas kids in schools, homes and kindergartens creates each their gingerbread house and delivers it to the Gingerbread City in our city centre. And when we’re getting closer to Christmas the city is prepared for view and everyone can visit it. It has become incredible popular, kindergartens takes the bus to the city centre to let the kids view it, schools and families with kids do the same. It creates nice atmosphere, visiting it is a nice break in otherwise hectic days. 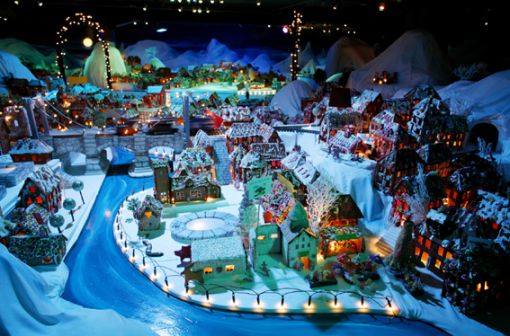 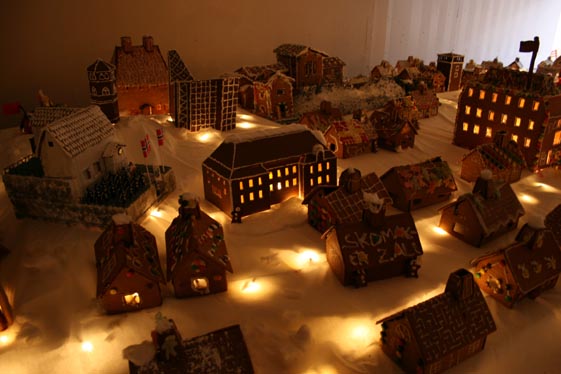 But last night someone broke into the tent in the city centre and vandalized each and every house the kids have created:

Isn’t it incredible? I hope the police finds them, they are working overtime now to find the guilty ones. I think they will be hanged by the public – people are angry.

The police went out to media today and called the vandelisers retards. I think that sums it up.

Link to our local newspaper (in Norwegian) : BT

Update: A man has now admitted that he vandalised it, he did it while he was drunk. Two friends of him called the police after they heard his story. Guess what, they got the 100000 NOK ($20000) bounty for finding the guilty one though half of it goes to charity.