On a king’s ground

I love this place, its a Household/kitchen garden plot near the center of Bergen. I read once that its not allowed to dig more than two shovels down – that made me curious.

I found out that this was because it is a protected area, beneath the garden lays The Viking seat of Harald Hårfagre (Harald fair hair), Håkon Den Gode (Håkon The Good) – Alrekstad. Before that King Alrek reign here in year 500. 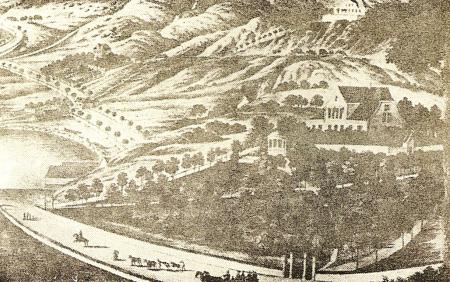 King Harald Hairfair took residence there in the 10th century when he gathered Norway as one kingdom. Later, after the Battle of Fitjar in 960, King Håkon the Good was on his way to Alrek, but died at Håkonshella. At times the estate was the home of King Eric Bloodaxe, Bloodaxe’s children, and King Haakon I. Later, the founder of Bergen, King Olaf III (King Olav Kyrre), ruled the city from Alrekstad for 26 years.

Alrekstad lost its importance when King Eystein I of Norway moved his seat to Holmen, located within the city limits. The king’s estate was moved down closer to the sea where Håkonshallen was later built. Around year 1300, the estate was granted to the monastery of Nonneseter.

Isn’t it awsome!? A few meters from this place lays an old viking grave from the iron age, I need to find out more on that. 🙂