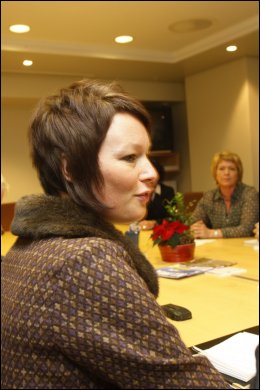 There is an ongoing debate in Norway about our (20 or 30) wolfs, which attack sheep and other “house”-animals. Yesterday a newspaper released a photo of a half-eaten dog (by wolf) and then the debate got a new explosive energy. Now KrF (a christian political party) want to give dog owners among others to kill the wolf if they attack.

Then I saw this photo, isn’t it some kind of fur she uses? If so I guess she want some wolf-fur as well…