I had to collect some of these, they look awesome. 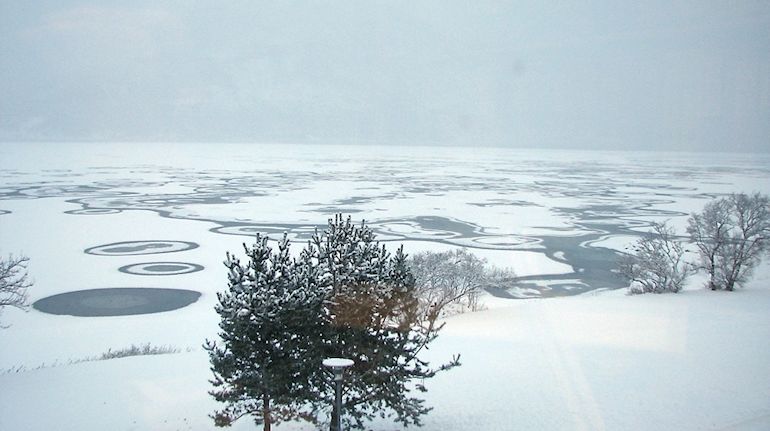 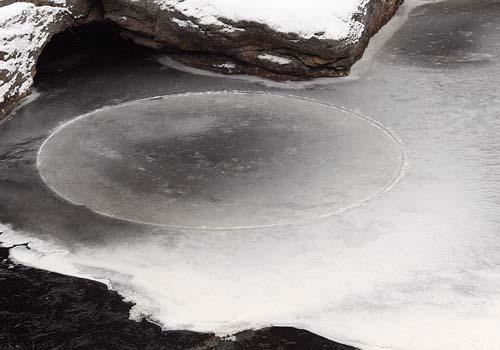 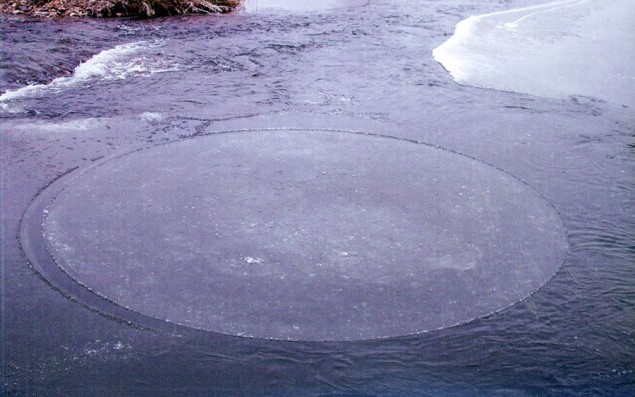 These are formed when the temperature rises, the ice gets thinner and it sinks a little, sometimes because warmer water rises and drills holes in the ice from below. The overhead water floods in at times and freezes, and this continues till circles are formed. At least, thats what experts are saying. Here are some other nice circles.